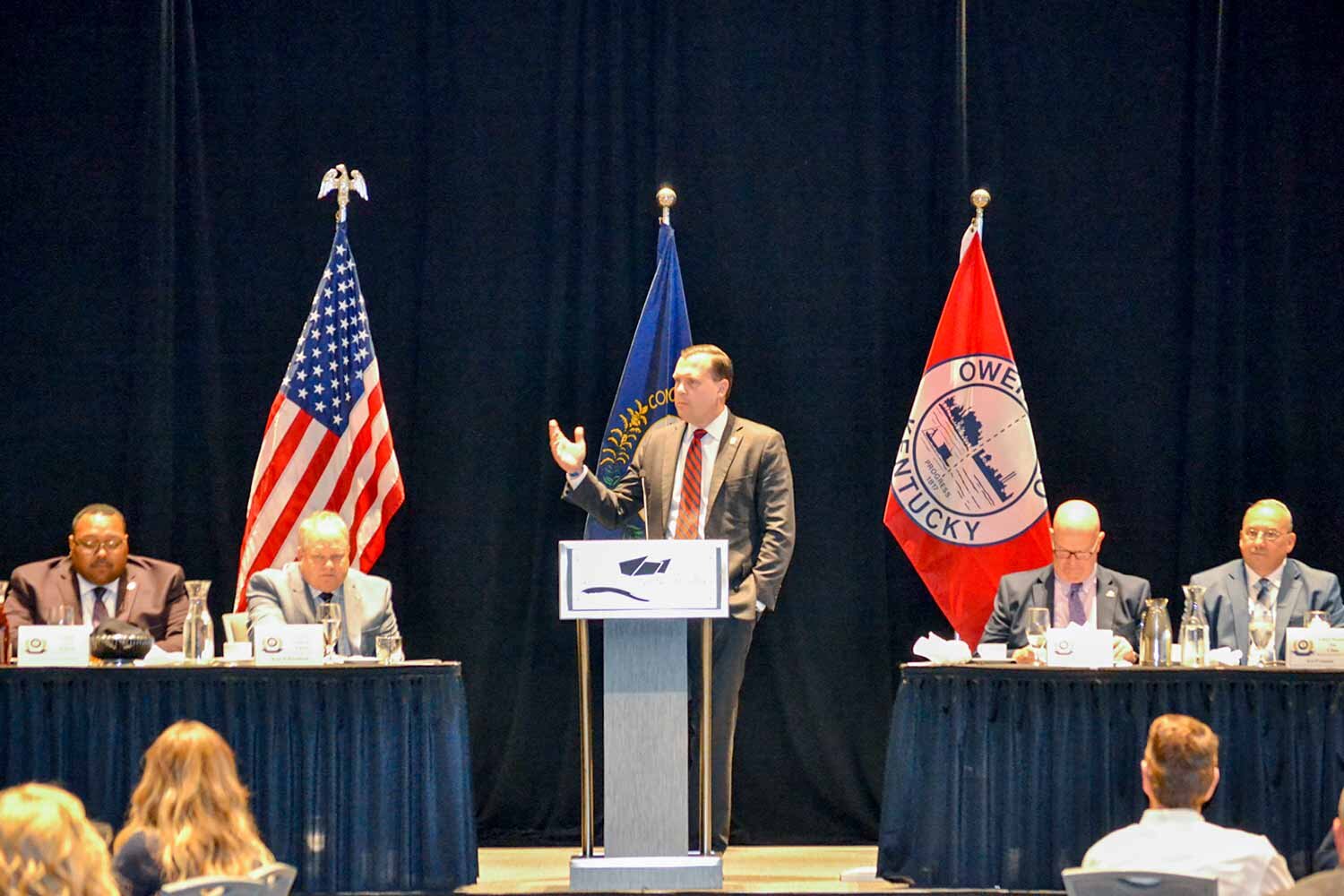 The Kentucky Association of Chiefs of Police’s main goal is to help law enforcement agencies in Kentucky be the best they can be. Formed in 1971, KACP strives to secure official and personal cooperation among law enforcement executives and citizens of Kentucky.

A big step in that direction was taken in 1992 when the organization developed its accreditation process.

“We’re one of the oldest state programs in the nation,” KACP Executive Director Shawn Butler said. “It’s a way to promote professionalism and make our departments better throughout the state. It includes best practices in law enforcement from across the country.”

Since it’s inception, many states across the nation have modeled their accreditation practices after Kentucky’s, Butler added.

Presently, more than 100 law enforcement agencies across Kentucky are accredited, with several more undergoing the process.

What is the Process?

According to the KACP’s website, “Accreditation is a progressive and time-proven way of helping institutions evaluate and improve their overall performance. The cornerstone of this strategy lies in the promulgation of standards containing a clear statement of professional objectives.”

Accreditation serves many purposes, including:

Four years ago, KACP added a communications accreditation program to its services.

“We felt like it was an important area we needed to look at, and now we have 17 communication centers that are accredited,” Butler said. “We’re very proud of that, and it has had a huge impact on the professionalism of law enforcement in our state.”

Another critical element to KACP is its commitment to improving policing by staying on top of legislative issues. Over the years, KACP has been instrumental in crucial pieces of legislation, including body cameras, the Kentucky Law Enforcement Foundation Program increases and retirement legislation.

“As a new police chief, I didn’t know the first thing about how to bring a concern to a Kentucky legislator or how to voice an opinion on proposed legislation,” Ward said. “Through the KACP, I have an avenue to be an active part of the legislative process.

“Because KACP keeps up with proposed legislation that impacts Kentucky law enforcement, I stay informed, and I have a voice,” Ward continued. “I have learned a great deal about how the legislative process works, and I have seen KACP get behind legislation that benefits us and helps ensure it passes to our benefit.”

A law enforcement agency is only as good as its people and the training they receive. KACP offers several training opportunities to members, which is nearly 500.

“The last couple of years at our conference, we heard from Jack Ryan, a federal attorney, to teach our people on liability,” Butler said. “Last year, we brought in deputy chiefs from Orlando, Florida, to explain how they handled the Pulse nightclub shooting. We are always looking for excellent training, and I think we bring that to our chiefs and administrators. We concentrate on leadership and current events.”

Several hundred members of the Kentucky Association of Chiefs of Police attended the 2019 Annual Conference in Owensboro in August 2019.

Several hundred members of the Kentucky Association of Chiefs of Police attended the 2019 Annual Conference in Owensboro in August 2019. (Photo provided)

Training is not limited to KACP’s annual conference in August, Butler added.

“I was recently in Frankfort teaching an accreditation manager’s class to help departments who are in the process of becoming accredited and to help those who are accredited when they change managers,” he said. “This year, we partnered with Strategic Advisors to do a media relations class for police chiefs. We had about 50 people, and we plan to do that again in the spring.”

With such a large membership, Ward said the networking compliments the training as advice is a phone call or email away.

“Because of my involvement with this organization, I can pick up the phone and call (Police Chief) Jeff Liles in Murray or (Police Chief) Chris Edmonds in Pikeville or anywhere in between and know the chief I am talking to,” he said. “This is a great advantage when trying to solve problems in your department.  Seeing how others deal with issues similar to your own is often the first step in solving them.”